Jesse Itzler is a man of many talents. He spoke at a recent conference this past fall and brought a lot of great business insight with him. Itzler got his start as a rapper in the early ’90s. He worked with artists including Tone Lōc, wrote a song that made it to the Billboard Hot 100 (“Shake It Like A White Girl”) and wrote and sang the New York Knicks theme song, “Go NY Go.” He then went on to write the theme songs for over 50 other professional sports teams.

But it turned out that as much as he loved the music business, it wasn’t his true passion. Itzler was an entrepreneur at heart. He had a lot of ideas he wanted to turn into reality. One of those ideas stemmed from his short music career. In 1996, he founded Alphabet City Sports Records with a friend. The business served pro sports teams and remixed songs for their use. In 1998, Itzler and his friend sold the company.

Then in 2001, Itzler moved on to his next major venture: Marquis Jet. This company would quickly become one of the biggest and best-known private jet companies ever. They offered prepaid access to private jets, and it became wildly popular. In fact, in 2009, Warren Buffett’s Berkshire Hathaway bought Marquis Jet (Berkshire Hathaway is also the parent company of NetJets, which offers fractional ownership in private jets).

Itzler didn’t stop there. He founded 100 Mile Group, a brand incubator. He partnered with ZICO Coconut Water, which exploded in popularity and was acquired by Coca- Cola. And to top it all off, he lived with a former Navy SEAL and wrote a book about the experience: Living With A SEAL: 31 Days Training With The Toughest Man On The Planet. All these accomplishments only scratch the surface of Itzler’s professional life.

Itzler accomplished all of this over the last 30 years because he wasn’t complacent. He routinely pushed himself out of his comfort zone and made choices to get to the next level. It’s not an easy thing to do, but he knew that if he wanted to be successful, he had to push himself. It’s something we all have to do.

One major piece of advice he offered to the Producers Club crowd was to differentiate. He used a great analogy: “Your brownies have to be different from all of the other brownies on the market.” This was in reference to a brownie business he worked on in college. You must ask yourself how you’re going to stand out in the market, because chances are there’s another guy out there offering the same thing you are. You have to set yourself apart. This is why Itzler got out of the rap game and started producing music for sports teams – he set himself apart.

Another strategy to fight complacency that he recommends is this: You need to put yourself in a position where luck will find you. You have to put yourself out there. Early in his career, Itzler was cold-calling all the way to the top. He’d cold-call CEOs to get their attention when he was working on his music career. Later, when he was running Marquis Jet, he was getting himself in front of celebrities like Matt Damon and Ben Affleck. He took major risks getting his name and company in front of influential people, but by being willing to take those risks, luck, as he put it, found him.

Another of his strategies that really stood out to me was when you have momentum, you have to double down and “hit the gas.” For instance, when you accomplish a goal, go after even bigger goals. Complacency is what happens when you don’t hit the gas. On top of that, you can’t negotiate your goals and change them because you don’t want to put the effort into doubling down. It’s okay if how you get to the goal changes, but the final goal shouldn’t change. After all, you set goals for a reason – you do want to push yourself; you just have to put in the effort. 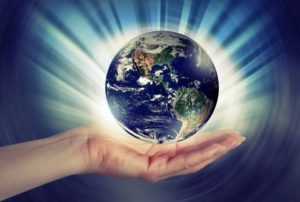 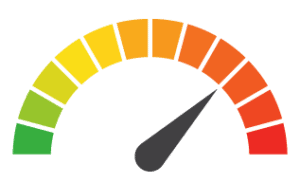 How do you see your company’s future?